Editor’s note:  This timeline chronicling the major events of the life of Dr. Mycenae T. Consonant was written using journal entries, newspaper articles, and other artifacts containing pertinent information.  Please contact The Repository if you have additional research in your possession, at the address provided.

1898: Travels with Dr. Consonant full-time.  A subsequent two-year apprenticeship instills a lifelong interest in objects, both natural and man-made, along with their origins and taxonomy.

1901: Sent to live with maternal relatives in Boston for formal education. Enrolled at Wellesley College, studies archaeology and art history; a voracious student, she also studies botany, zoology, and anatomy. Between terms, joins Dr. Consonant on his expeditions, often using their exploits and collected objects as the basis for term papers.  Discovers a special fondness for the Sierra Nevada region, eventually becoming friends with such regional luminaries of the time as John Muir, Albert Bierstadt, and photographer Anne Brigman.

1905:  Earns degrees in both Archaeology and Art History.

1906: Dr. Consonant dies of malaria while on vacation (an African expedition).  Consonant applies to take over his position at the Museum of the Pacific, where Dr. Jordan has removed most of Dr. Consonant’s displays to storage.  (ed. note: The Pacific Museum had become a series of wax anatomical models of women — ostensibly educational displays — but were, in fact, an excuse for men to look at nude “women” without visiting brothels.  The only other display of note is their stock collection of specimens suspended in jars of alcohol — most notably the notorious Mexican bandit Joaquin Murietta, the inspiration for literature’s “Zorro.”)

Application for her father’s position is rejected; Consonant begins work to launch her own museum.

With money inherited from the estate, plus Dr. Consonant’s collections from the Pacific Museum, a large warehouse (a former wagon-wheel factory located just outside of San Francisco) is purchased. Notably, Lucius Forsythe, age 24, graduate of Boston University with an art history degree, is hired to help manage the growing collection.  Forsythe has a good eye for unusual objects, with the added bonus that the two had previously been introduced at social gatherings of mutual friends in their college days.  Forsythe is treated as a partner, rather than as an employee, and acts in Consonant’s stead during her frequent absences from the museum start-up.

On April 18, during one of many fires caused by The Great San Francisco Earthquake, the alcohol-filled jars of the Museum of the Pacific break and burn; the entire museum is lost, and very little of it can be traced today. Fortunately, Consonant’s warehouse is located well east of the city, and losses are minimal.

1907: The slow rebuilding of San Francisco forces Consonant to move the proposed New Museum of the Pacific: A Repository of Wonders to the newly incorporated town of Piedmont, California, where it opens to much acclaim — and some scrutiny — as it is highly unusual for a woman to be constantly traveling the world alone, not to mention owning and operating a museum.  The resultant controversy boosts attendance at the outset.  (Note: The Museum is normally referred to as “the Repository” by the staff.)

1912: Consonant completes successful negotiations with representatives of the native peoples of every continent (except Antarctica) to acquire relics and artifacts within the period of a year. For this, she becomes the first woman inducted into “The Great Hall of Practitioners of the Dogmatic,” and feted as “Man of the Year” at their annual banquet; also awarded an honorary PhD from Radcliffe College.

Special necklace commissioned for Dr. Consonant upon being chosen “Man of the Year”

1914: Expeditions continue, and the collection grows.  Consonant  is inducted into the “American Society for the Preservation of Useful Knowledge,” another previously all-male bastion.  A petition to induct her into The Explorer’s Club, made by friends on her behalf, is rejected (ed. note: women were not allowed to join the Club until 1981).

Personal letters and journal entries reveal that Consonant and Forsythe both possess feelings for each other “that transcend the roles of employer/employee.”  Forsythe asks for Consonant’s hand in marriage, but she fears that her “adventures would be sorely curtailed as to fit within the role written for the so-called delicate sex.” It is indicative of the closeness of their relationship that they are both very frank regarding their feelings for each other, and the perceived obstacles to their happiness together.  Despite Forsythe’s assurances that their working relationship would remain unchanged should they marry, Consonant prefers to keep the relationship status quo.

1915: After touring the “sub-continent” in January, where she “finds much to enrich the collection therein,” arrangements are made for “one last voyage.” Forsythe is promised that she intends to return and “create with him as happy a home as two can expect, given the clouds gathering on the horizon. . . ” in reference to the onset of World War I.   Consonant sees that it may be time to stop traveling alone, at least during increasingly difficult diplomatic times.  The itinerary is to travel from the U.S. to England, with an appointment to meet with a curator at the British Museum, before going on to Africa. 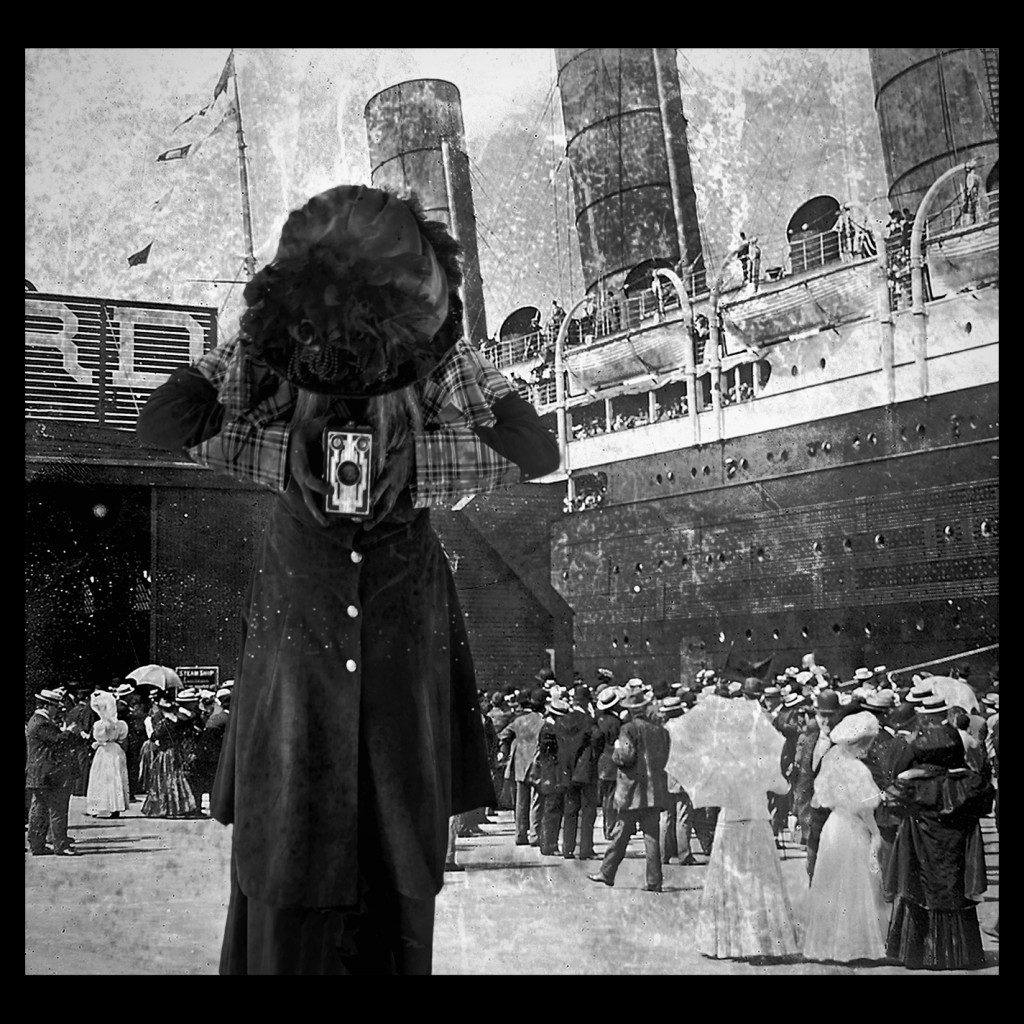 Unfortunately, Consonant books passage on the ill-fated RMS Lusitania. She is listed on the manifest but no trace of her, or a small crate of relics that she was delivering to the British Museum are found after a German U-boat torpedoes the ship on May 7, 1915 (a precursor to American involvement in the war).  UPDATE: A small, rusted pocketknife, which is believed to have belonged to Dr. Consonant, was delivered to the Repository in July, 2011 from the present owner of the Lusitania, Gregg Bemis, of Santa Fe, NM.  The Repository is extremely grateful for the gift.

1918: Forsythe, as sole heir to the the Repository and its collections, keeps the museum open for nearly three additional years.  The building is then sold and he moves to Southern California, accepting a position with the Los Angeles Museum of History, Science and Art (today the Los Angeles County Museum of Art), taking as many of the objects as possible.

1922: Forsythe is appointed as Chief Curator of Art at the Los Angeles Museum. He meets and later marries museum registrar Lavinia Winter in 1926. They have a son, Lucius Forsythe the II. They remain together until her death in 1966.

1977: Forsythe I dies at age 92, leaving most of his estate to his son, Forsythe II. The objects from the New Museum, most of which have been in storage for many years, become the center of litigation between Forsythe II and the Los Angeles Museum, as the Museum board is in possession of a previously drawn will, providing the Museum with “first choice” amongst the objects. As a result, the collection remains under lock and key by order of the court.

1991: After settling the estate litigation with the Los Angeles Museum, Forsythe II enjoys full access to the New Museum’s objects for the first time. He hires Susan Malmstrom to assist him with surveying and cataloging the collection.

2002: Malmstrom learns of Forsythe II’s death, and that she is the recipient of part of the extant “Consonant Collection.”

2011: Malmstrom’s small portion of the collection, plus artifacts and photographs relating to Consonant and her life go on display as The Repository of Wonders in Annapolis Royal, Nova Scotia, at the Annapolis Region Community Arts Council’s ARTsPLACE Centre in the Mym Gallery.  The Repository is now an ongoing project with Malmstrom serving as Founding President/Chief Curator, along with Dr. Elizabeth Kenneday, who serves as Assistant Curator/Photographic Specialist.  Since then, The Repository has been displayed at Acadia University, the Nova Scotia Public Archives, and the Nova Scotia Natural History Museum.  It  was last fully installed at Ross Creek Centre for the Arts in Canning, NS in July, 2014; and a pop-up version existed for one evening in October, 2015 at the Aquarium of the Pacific in Long Beach, California. 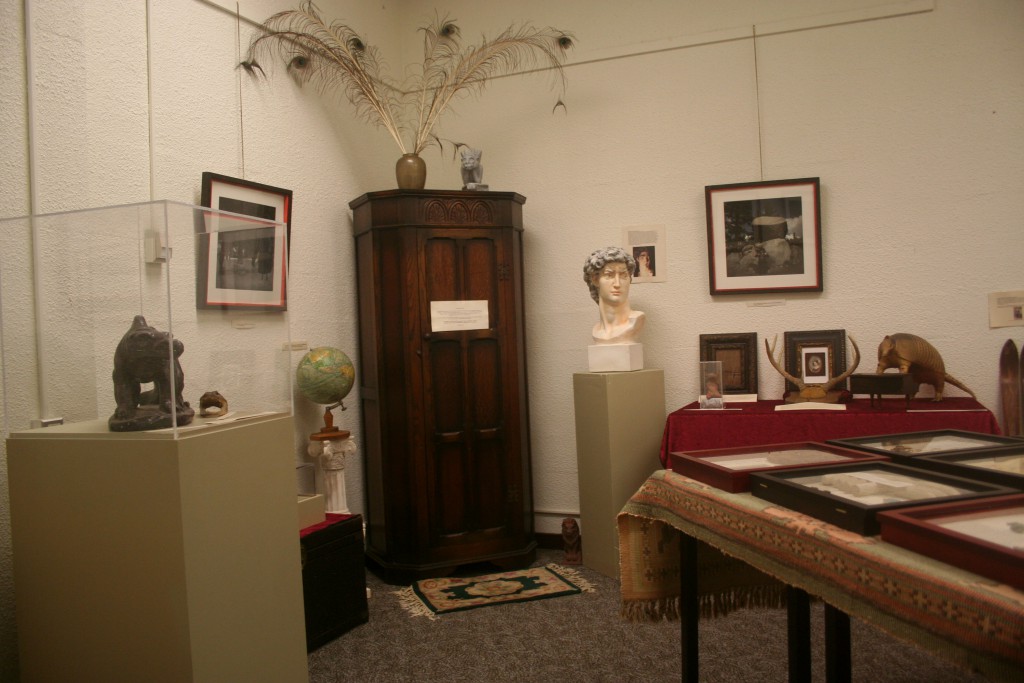 Please note that the entirety of The Repository of Wonders  is the copyrighted work of  Susan Malmstrom and Elizabeth Kenneday.